A lineup is designed to be a memory test, but when conducted improperly, can lead to altering an eyewitness’s memory rather than testing it. Some identification procedures have been shown [in experimental studies] to introduce bias into the process, leading to erroneous identifications and subsequently, wrongful convictions. One example of the latter is the case of John Jerome White, who was convicted of rape in Georgia based on the testimony of an eyewitness. The victim told the police that her attacker was a black man in his 20s or 30s, with some facial hair, and “well built” with a “round face.” 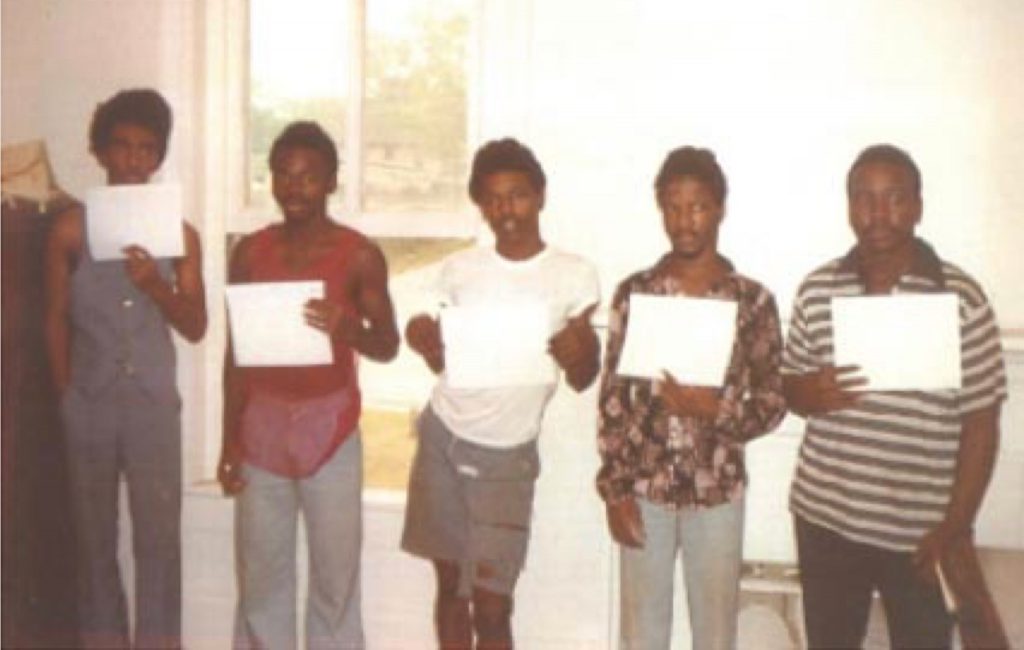 A police photograph of a live lineup (Figure 1) would suggest that the man on the far right best fits that description. However, the victim identified White, standing in the center of the photo, who was not the perpetrator. The trial judge allowed the victim to testify at the trial, pointing directly at the mistakenly accused John Jerome White. He spent more than 22 years in prison until he was exonerated by DNA tests in 2007.

The police officers used suggested identification practices. First, this live lineup procedure was one of several that police had conducted. Earlier, the police had asked the victim to look at photographs; she expressed uncertainty at that time. Police wanted to make sure, so they then conducted the live lineup procedure. White was the only man from the photo array to be repeated in that lineup. Second, the detective told the victim, before the second lineup, that “he had caught somebody,” implying that they had the man in custody at that time. The same DNA tests that freed John Jerome White after 22 years in prison also identified the actual culprit: the person on the far right in the live line-up procedure. Although he was not a suspect but was coincidentally in the jail, he was selected to fill out the lineup. This case has patterns common with other known misidentifications: suggestive and unsound police procedures contaminated the memory of an eyewitness, who was “100% certain” in the courtroom, while identifying an innocent person.

Overview of Eyewitness Evidence and Process

Local police departments arrange eyewitness identification procedures of different types, depending on the case, and often based on the timing of the investigation. First, a police officer speaks to a witness to obtain a description of the incident and a description of any culprit involved. The description may be shared with other officers in order to apprehend a person matching a description.

Decision to Use an Eyewitness 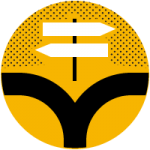 Police face a decision whether to conduct an eyewitness identification procedure at all. They base the decision on several criteria, such as an assessment of the witness and any other evidence to justify including a person as a suspect in a procedure. The American Law Institute recommends that there be a “substantial basis” to conduct an eyewitness procedure—a mere “hunch” should not be sufficient to subject someone to the inherent risk associated with identification decisions.1American Law Institute, supra. 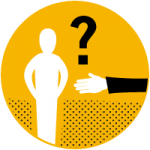 Police may conduct a “showup” procedure wherein a single, live person is presented to an eyewitness to see if that person was the one seen at the crime event. Showups usually occur at or near the crime location shortly after the crime occurred, for example if someone matching the eyewitness’s description of the culprit is discovered nearby. 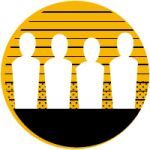 Officers can construct an eyewitness identification procedure using photographs or live witnesses (the latter is less common in the U.S.). A lineup is a type of memory test. Officers present the eyewitness with several people (usually 6 or 9), only one of which is their suspect, and see if the eyewitness recognizes the suspect over the other lineup members (called “fillers”). These “fillers” match the basic description of the culprit or suspect but are known to be innocent, so will not be prosecuted if they are chosen. 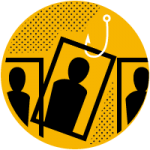 Additional procedures may be used when officers do not have a suspect. Alternatively, police investigators may show mug books or sets of photographs to see if the eyewitness can identify a suspect, or they may ask the eyewitness to help prepare a composite image or drawing of a culprit. Trawling procedures are strongly discouraged for two key reasons. First, seeing many photos of people similar to the culprit can interfere with recognition of the true culprit. Second, an identification from a mugshot book is not typically considered sufficient evidence, so a follow-up lineup procedure will be conducted, and repeating a person across identification procedures increases the chance of misidentification.

Of increasing concern, eyewitnesses may themselves trawl for images using social media or online photo repositories. For good reason, law enforcement best practices include counseling eyewitnesses not to engage in such self-help, as in such situations, the police cannot control whether misleading information confounds the witness’s memory for the crime. 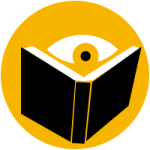 After a lineup, a witness will be told, at some point, whether the person selected was arrested and will be facing additional criminal process. If the case proceeds to a trial, the prosecutor will prepare the witness to testify at trial. That process may itself dramatically affect the memory and the confidence of a witness. Lawyers may seek to exclude the eyewitness’s testimony as unreliable or the product of suggestive police practices before trial. Some judges may hold pretrial hearings to review such matters. 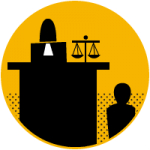 At a trial, lawyers may examine the witness. During direct examination by the prosecution, the witness may be asked to make an in-court identification, as well as to explain the circumstances surrounding the crime and the identification procedures. The defense lawyer may seek to cross-examine a prosecution eyewitness and challenge aspects of their testimony. In addition, lawyers may seek to introduce expert testimony on the subject of eyewitness evidence. Finally, a judge may offer jury instructions with guidance on how to evaluate eyewitness evidence. The NAS report noted that the efficacy of instructions delivered by a judge was unclear and expressed a preference for expert testimony during the trial to educate jurors. Finally, if a defendant is convicted, questions regarding the admission of eyewitness evidence may also be raised as an issue on appeal or post-conviction.

Under the U.S. Supreme Court’s due process test for evaluating eyewitness identification evidence, the 1977 decision in the case of Manson v. Brathwaite, a judge must first ask whether the procedures used by the police were “unnecessarily suggestive.” In the case of John Jerome White, the police were not reported to have done anything to pressure the eyewitness. Even if the judge did conclude the lineup was unfair, the Manson ruling instructs that a judge should further assess whether the identification was nevertheless still reliable, based on five “reliability” factors. The “reliability” factors adopted by the Manson Court ask that the judge examine: (1) the eyewitness’s opportunity to view the suspect at the time of the crime; (2) the eyewitness’s degree of attention; (3) the accuracy of the description of the criminal given by the eyewitness; (4) the eyewitness’s level of certainty at the time of the identification procedure; and, (5) the length of time that elapsed between the crime and the identification procedure.2Manson v. Brathwaite, 432 U.S. 98, 114 (1977).

Scientific research has since called into question the validity and use of the so-called “reliability” factors. As the NAS report concluded in 2014: “the best guidance for legal regulation of eyewitness identification evidence comes not… from constitutional rulings, but from the careful use and understanding of scientific evidence to guide fact-finders and decision-makers.” 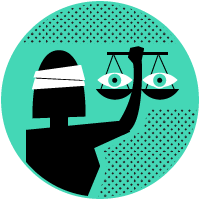 In a lineup, the person administering the lineup should not have knowledge of the status—suspect or filler—of the lineup members. A “blind” administrator should not be aware of the identity of the suspect or of which lineup member is the person of interest. An administrator of a “blinded” procedure may know who the suspect is, but the procedure used prevents the administrator from knowing what the eyewitness is seeing while making an identification decision (e.g., Folder Shuffle Method). As stated in the NAS report, “The ‘blinded’ procedure minimizes the possibility of either intentional or inadvertent suggestiveness and thus enhances the fairness of the criminal justice system.”5Id. Blinding is “central to the scientific method” because “it minimizes the risk that experimenters might inadvertently bias the outcome of their research, finding only what they expected to find.”6Id. Blind administrators are encouraged for lineups for the same reasons, to prevent conscious or inadvertent nudging of eyewitnesses as they make their decisions.7Gary L. Wells & C.E. Luus, Police Lineups as Experiments: Social Methodology as a Framework for Properly Conducted Lineups, 16 Personality & Social Psych. Bull. 106 (1990). 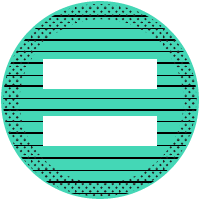 Lineups should be fair. A suspect should not stand out from a “fair lineup” and it should be composed of fillers that resemble the suspect to approximately the same degree. That is, if people who had not witnessed the crime were asked to look at the fair lineup and identify the suspect from only a description, each lineup member should receive an approximately equal number of “votes.” If a lineup is not fair, people who did not witness the crime will select the suspect at a higher rate than the fillers. 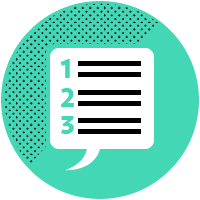 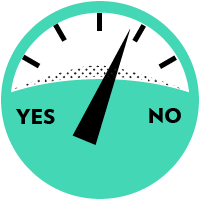 In addition to recording the eyewitness’s selection from a lineup, the eyewitness’s expressed confidence in that selection at the time of the identification should also be documented. Justice Sonia Sotomayor wrote in her dissent in Perry v. New Hampshire: “At trial, an eyewitness’ artificially inflated confidence in an identification’s accuracy complicates the jury’s task of assessing witness credibility and reliability.”8Perry v. New Hampshire, 132 S. Ct. at 731–32 (Sotomayor, J., dissenting). The NAS report emphasized the importance of documenting the eyewitness’s confidence immediately after the initial lineup decision: “the administrator should obtain level of confidence by witness’ self-report (this report should be given in the witness’ own words) and document this confidence statement verbatim.”9NAS, Identifying the Culprit, supra note 1. 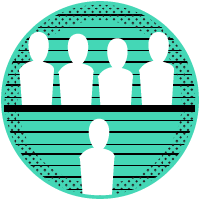 Agencies may use either sequential (one at a time) or simultaneous (at the same time) presentation of photos in photo arrays. Both lineup procedures are substantially better at preventing misidentification than are showups, but there is no consensus among researchers on which lineup procedure is superior.10Id. However, in the absence of accounting for other variables (e.g., delay, time to decision, weapon), the majority of the research indicates higher accuracy (via ROC analysis) with simultaneous versus sequential lineups. Research conducted since 2014 has been investigating the impact of these other variables on the performance of these two types of lineups. 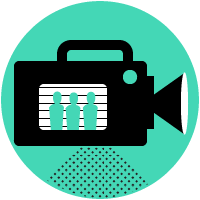 The NAS report suggested that lineups should be videotaped. A video record can inform the judicial system, provide a clear, permanent record of the eyewitness’s demeanor and confidence during the lineup procedure, and more accurately document the lineup procedure and the administrator’s behavior. 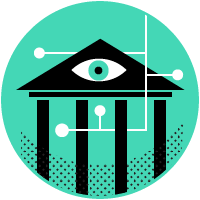 At trial, the NAS report recommended that judges should inquire into the reliability of eyewitness evidence. Experts should be used to educate jurors concerning the strengths and limitations of eyewitness evidence. Lawyers should raise such issues as well. The NAS report states, “confidence levels expressed at later times, such as in court, are subject to recall bias, influenced by opinions voiced by law enforcement, counsel and the press, and to a host of other factors that render confidence statements less reliable.”11Id. The NAS report cautioned against allowing in-court expressions of confidence. Nevertheless, this practice remains common in almost every jurisdiction.

Next: Post-NAS Report Developments in Research >